These homeless people are more real than life itself.
In fact, to such a degree, that the actors don’t even appear to be acting. There is no story, or at least it is not until halfway through the performance that the underlying narrative flow emerges.The passer-by, who stops to stare, becomes an onlooker in the fullest sense of the word – in other words, he becomes a voyeur.
He takes insane pleasure in watching the grotesque, is paralysed with shame, and forgets the invisible wall, both social and staged, which lies between himself and the homeless person. He becomes the ultimate Hitchcockian voyeur, who identifies himself with the killer as much as with the victim. He identifies with human beings, with humanity in its entirety, in all its shapes and forms. You are in the street: your attention floats and wanders, free to switch off at any moment, free to speak out and say something to break the silence created by the actors. But none of this happens – your attention is immediately fixed, your freedom gagged, you cannot escape the silence. The performance is too insufferable for us to run away. 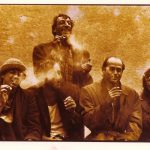 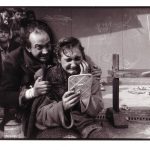 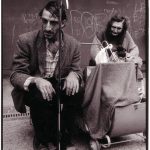 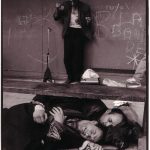 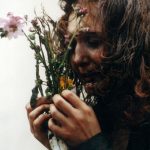