Twanggg! The sound of a guitar pierces the air… and a “molecule” comes on to the stage, covered in earth-coloured fabric. Then more appear: all of them similar looking, yet different to each other in the way they move and the sounds they make. They shift around in different directions, before finally joining together to form one single atom, like a sea anemone. Then 7 heads emerge, singing and dreaming out loud about becoming a superstar, an airplane pilot or president of the whole world… The stage is then abuzz with different types of music blending percussion with songs sung in Mossi, Dioula and French … and then humanity divides into two separate worlds. This separation of the sexes brings with it a shift in pace that switches between humour and violence. The men are constantly enslaving the women, who willing surrender and greet every act of aggression with open arms. “Yes please!” they say, “I’ll do whatever you ask.” Are they to be under house arrest like this, all caged up, for the rest of their lives?

While the men start having doubts about this division, the women keep busying about cooking, sewing, doing the cleaning and fixing their hair …. until they get hungry and start demanding “Food!”. And as they clamour to be fed, they knock down their prison walls, vent their anger, revolt and demand to be freed. Rap, confrontation and discussion. What kind of world are we gravitating towards here? 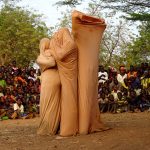 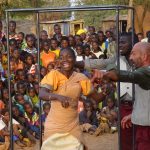 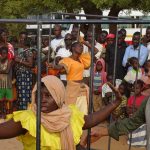 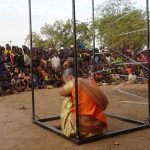 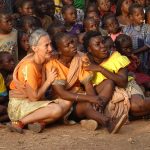 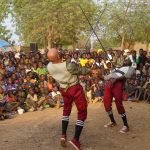 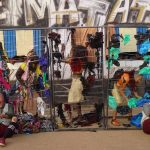